It’s been a long pandemic. So much has happened that I need to mentally process. I’ve tried to type to you so many times in these past two years but my brain just would not engage. I’ve been through a LOT. Many things I am not free to share because they involve others and I do not gossip about others in my blog.

I was out of energy, mentally, emotionally, and physically. The culture shock from Indiana to Florida in the area of teaching was overwhelming. The traffic? You can’t begin to imagine if you’ve never driven through Tampa during rush hour. Or any time, really. 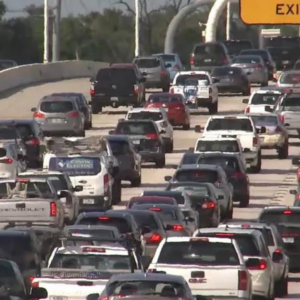 I managed to teach at three new (to me) schools during a pandemic in a mask. You cannot know how much I despised teaching in a mask. My absolute angst cannot be expressed. Truly. I ripped it from my face promptly at the last ring of the bell. The frustration I experienced trying to teach online and to out-of-control students in the classroom cannot be gently expressed, either. 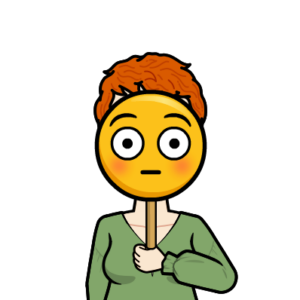 I will not express my true feelings because they are not family-friendly.

Not to mention how district administrators and state lawmakers continued to evaluate teachers during the crisis with the exact same rubric as during a non-pandemic. But that’s another post. 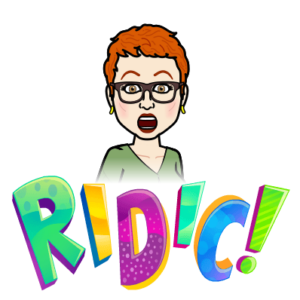 Little did I know during all this mayhem that a 17.5 pound cyst was growing inside of me. It grew to the size of a basketball without doctors noticing due to having virtual doctor visits during the pandemic. I looked like I was going to give birth to twins. It’s amazing how you can’t see yourself in the mirror. I just thought it was grandma fat and that was just the way I would be shaped in my old age. 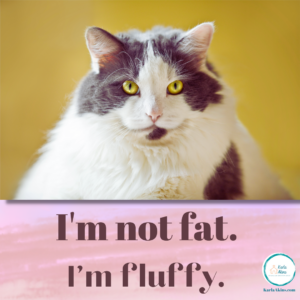 I gave birth to the cyst, I jokingly named “Stella,” on December 17, 2021, at Tampa General Hospital. My ovaries and uterus were also removed. They served their purpose, I suppose. The entire experience was wrapped in miracles. I will share more about that, too, in the future. 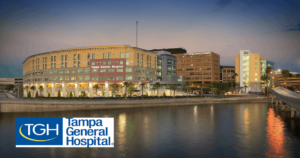 I’m grateful to be alive. And walking. And healthy. And CANCER FREE! I’m still trying to sort all this out in my mind. It’s strange that it affects me somehow. Our lives move so fast, and there are so many demands, that it rarely gives one time to pause and reflect. I’m someone who needs time to reflect. I miss having that time in more abundance. I have never, ever taken Selah time for granted. I know it’s a gift. 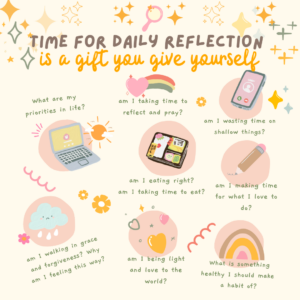 Our lives move so fast, and there are so many demands, that it rarely gives one time to pause and reflect.

I went to the beach yesterday. You would think that living in Florida, I’d get to the beach often. But I don’t. For one thing, the pandemic hit about a year after I moved here. For another thing, one must work several jobs to afford to live here. That is, if you’re a teacher living on a teacher’s salary, and if you’re a dreamy writer just trying to stay afloat. (See what I did there?) 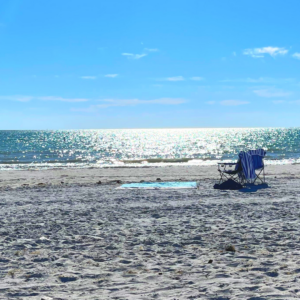 So many friends and relatives have passed on. My husband lost his mother during the pandemic and I wasn’t allowed to attend the funeral. Too many people died and have had adverse reactions to the jab. It makes me hate these flawed bodies and this unkind world and I long for heaven even more.

It’s caused me to wonder: Why are we still living on this side of eternity when others have left us and gone on to the other side? 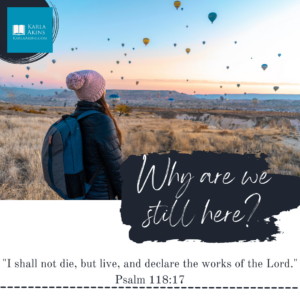 I’m convinced we are still here to declare the works of the Lord so that we will not leave the planet barren of God’s Word:

“And also all that generation were gathered unto their fathers: and there arose another generation after them, which knew not the Lord, nor yet the works which he had done for Israel” Judges 2:10.

Culture and society perpetuate lies after lies via social media, mainstream media, and ungodly education. These voices are heard because they are louder. There is a lack of discernment and wisdom that can only be gained by knowing the Word of God and the speaker of those words. We can only hear God’s voice when we recognize God’s voice. The only way to recognize it is to be familiar with all that He has spoken through His living word, recorded in those ancient manuscripts we call the bible.

So much has occurred and I don’t want to exhaust you by going through all of it today. But the Lord willing, and if my body cooperates, I’ll be more engaged in the coming weeks and months. I have some new things planned and I’m excited about them and eager to share! I hope you’ll stay tuned for all the goodies!

What do you have planned for the summer? I plan on spending more time on those beaches! Comment below and let me know what you love to do during your days off in the summer. Are you finding life going by as fast as I am? Weigh in! 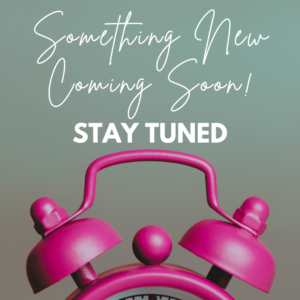