“Deliverance Leads to Healing and Revival” 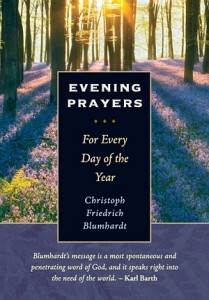 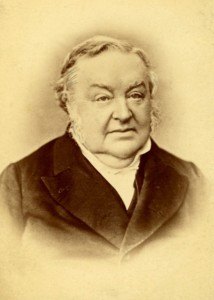 In 1838, Blumhardt’s father, Johann Blumhardt, answered the call of pastoring in the small German town of Mottlingen and became legendary because of his part in the healing and exorcism of a young girl in his congregation.  After this healing, people came to Blumhardt from seven in the morning until eleven at night. There were nightly prayer meetings that he called the “Awakening.” Miracles and healings occurred. Even a child who had spilled a boiling pot of oatmeal was completely healed. Infirmities of all kinds vanished at the prayer meetings: eye problems, tuberculosis, eczema, arthritis and more. 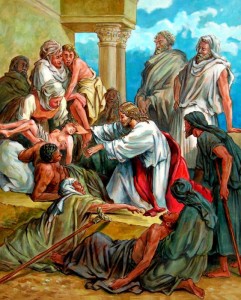 But the government and organized church looked upon the meetings with disgust and by 1846 he wasn’t allowed to include healing as part of his ministry. Eventually, he decided to leave Möttlingen and purchased a run-down sulphur springs in Bad Boll, Germany where many came seeking healing. However, Blumhardt always pointed people to focus on Christ, not the miracles. It was at this time that his son, Christoph Friedrich Blumhardt, the author of Evening Prayers, was born. 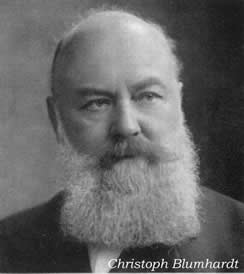 Christoph tried attending seminary, but became disillusioned with empty rituals and seminary teaching and returned to help his father at Bad Boll. In time, he gained his own reputation as a mass evangelist and faith healer much like his father. But after a very successful “crusade” in Berlin in 1888, he drastically cut back both activities, saying,

“I do not want to suggest that it is of little importance for God to heal the sick; actually, it now is happening more and more often—although very much in quiet. However, things should not be promoted as though God’s kingdom consists in the healing of sick people. To be cleansed is more important than to be healed. It is more important to have a heart for God’s cause, not to be chained to the world but be able to move for the kingdom of God.” 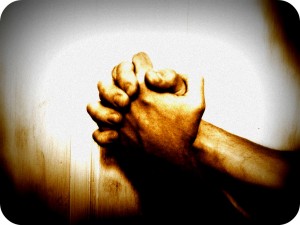 Blumhardt was an extraordinary man of faith. The prayers in this book aren’t flowery prayers or even what one would consider terribly inspiring prayers. These are simple, Christ-honoring prayers, prayers that point believers to God and His Sovereignty.

I don’t know about you, but there have been times in my life when I haven’t known what words to use in prayer. For those who are shy about praying to God with their own words, this book would be a great aid.  This would make a lovely gift for a new Christian or someone who wants to lead a more prayerful life and needs a place to start.

I give this book three out of five stars.

Tweet this: Evening Prayers for Every Day of the Year 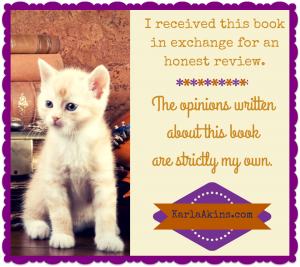