Hey, when you live with autism, you get excited about some strange stuff.

This week I’m jumping for joy about poop.

I’m not saying that when Isaiah woke me up first thing Friday with — “Mom! I pooped in the hat!” that it’s my favorite way to wake up.

But let me tell you, it was a long-awaited event. 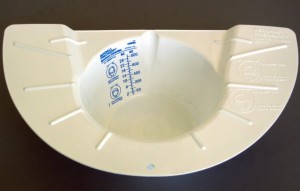 Isaiah has been sick since October. We haven’t been able to figure out what’s going on. He’s been losing weight and his stools are very loose. He gets tired easy. The next step in pinning down a diagnosis was to get a stool sample. Which he refused to give us.

He’s eighteen. How do I force him to give me poop?

He was terrified of pooping in “the hat.” I called the nurse and asked for an alternative method. Nothing doing. It had to go in the hat and I had to scoop it out and put it in four different vials. 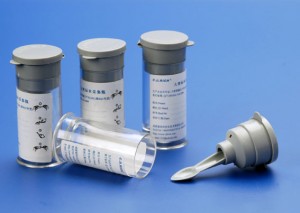 Weeks later there was still no poop.

We had an intervention. We sat him down and explained to him that he MUST poop in the hat. His twin brother told him that he wanted him to go back to school with him (he is in home-bound education until we clear this up).

And I had the pleasure of, er, collecting it.

So now we wait for news back. Hopefully it will reveal answers. Otherwise he has to have a endoscopy and if you know anything about autism, you know that it will be terrifying for him.

Here are some pics of his Grandma helping him endure another scan. He’s had three. Each time they have to put in an IV. And he’s terrified of them. 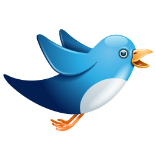 How do you help your child with disabilities endure an illness? How do you cope?