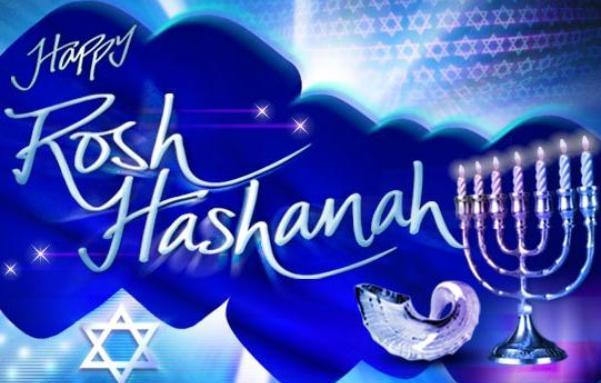 I wrote about Rosh Hashanah in depth last year, so most of this post is the same. But it’s such a beautiful symbolic  holiday to Christians as well as Jews, and I wanted to share the information again. Especially in light of the Shemitah and the buzz going on about danger coming on Yom Kippur September 23. (I’m not saying I agree with this. But I’m not ignoring it. I’m prayerfully trusting in God! The safest place to be is in the center of His will, so that’s where I’m trying to walk.)

Rosh Hashanah is known to Christians as the Feast of Trumpets. Some Christians believe that Christ will return on Rosh Hashanah. But since no one knows the hour except the Father Himself, we can’t know, either:

“But about that day or hour no one knows, not even the angels in heaven, nor the Son, but only the Father” Mark 13:32

For the Jewish people, today is a day of dipping apples in honey and contemplating what they’ll do differently in the coming year. 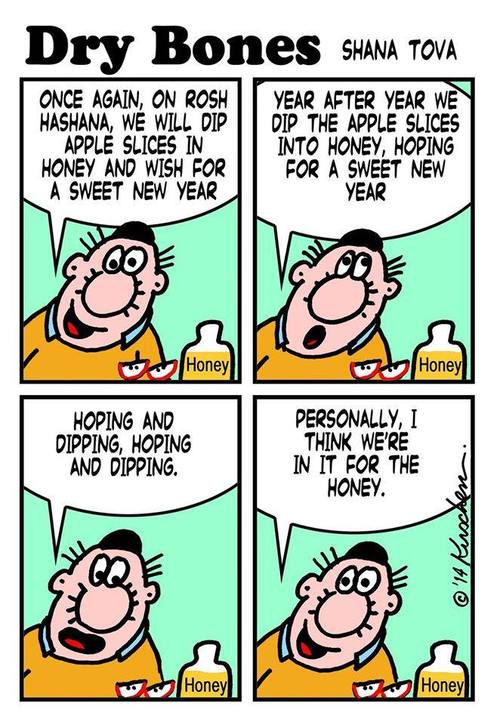 The “Feast of Trumpets” is mandated in Leviticus 23:24:

“On the first day of the seventh month you are to have a day of sabbath rest, a sacred assembly commemorated with trumpet blasts.”

Rosh Hashanah  is the first of ten days of repentance. The shofar, a kosher ram’s horn, is blown to call God’s people together to repent of their sins. During the synagogue service, it sounds 100 notes. It’s a day of remembering God’s judgement as well as a day of celebrating His mercy in the new year. 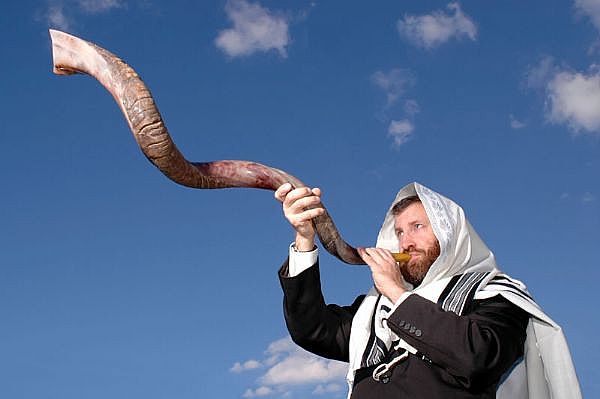 Our church blows the shofar each Sunday at the beginning of the service. Have you ever tried to blow one? It’s not as easy as it looks! It’s taken me a long time to learn to blow it, but this past year I finally learned how! Ours is a smaller sized one from Israel: 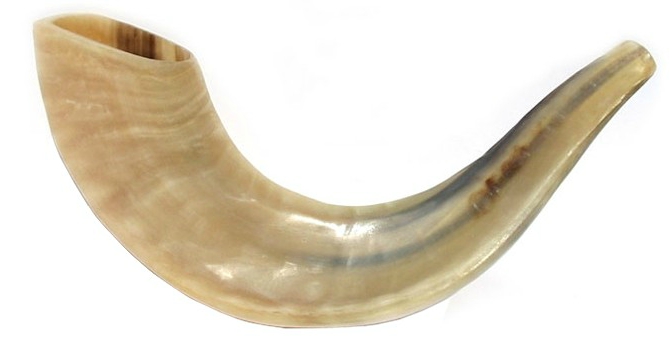 Here’s a great video about how they’re made:

On Rosh Hashanah it’s customary to greet others by saying: “L’shana Tova – Ketivah vi-chatima Tova.”  “This means, For a good year – You should be written and sealed in the Book of Life.”

Jewish tradition teaches that on Rosh Hashanah, God inscribes the fate of every person for the upcoming year in the Book of Life. In this way, it marks the beginning of the Ten Days of Awe, during which Jews reflect upon their actions over the past year and seek forgiveness for their transgressions in hopes of influencing God’s final judgment.

But Christians believe that their names are inscribed when they accept Jesus as savior, Whose blood covers their sins and He writes their name in the Book of Life. It’s the plan of our loving God that gives everyone a full chance to repent and be saved:

“The Lord is not slow in keeping his promise, as some understand slowness. Instead he is patient with you, not wanting anyone to perish, but everyone to come to repentance.” 2 Peter 3:9.

Blessed are you Lord, our God, Ruler of the world, Creator of the fruit of the tree. (Baruch atah Ado-nai, Ehlo-haynu melech Ha-olam, Borai p’ree ha’aitz.) (Take a bite of the apple slices dipped in honey.) Pray:  May it be Your will, Adonai, our God and the God of our forefathers, that You renew for us a good and sweet year. (Y’hee ratzon mee-l’fanekha, Adonai Elohaynu v’elohey avoteynu sh’tichadeish aleinu shanah tovah um’tuqah.) 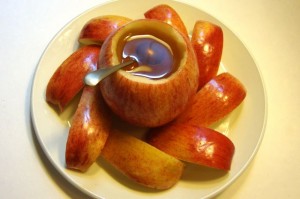 I can hear some of my Christian friends yelling at me now: “Why are you participating in a Jewish holiday tradition! You’re not Jewish!”

No, but Jesus was. And I teach my students about Jesus and how He lived His life. Jesus Himself celebrated Rosh Hashanah! And besides–it’s an excuse to eat apples and honey! Who doesn’t want to do that?

“Behold, I shew you a mystery; We shall not all sleep, but we shall all be changed, In a moment, in the twinkling of an eye, at the last trump: for the trumpet shall sound, and the dead shall be raised incorruptible, and we shall be changed. For this corruptible must put on incorruption, and this mortal must put on immortality. So when this corruptible shall have put on incorruption, and this mortal shall have put on immortality, then shall be brought to pass the saying that is written, Death is swallowed up in victory. O death, where is thy sting? O grave, where is thy victory?  The sting of death is sin; and the strength of sin is the law. But thanks be to God, which giveth us the victory through our Lord Jesus Christ.”

Also, according to Jewish tradition, God told Abraham that the ram’s horn  should be blown on Rosh Hashanah as a reminder of the substitutionary sacrifice provided by the Lord Himself, both in the Garden of Eden when He covered Adam and Eve’s nakedness with animal skin (an animal had to die in the process) and when He provided the ram for Abraham when God tested Abraham’s love for Him. 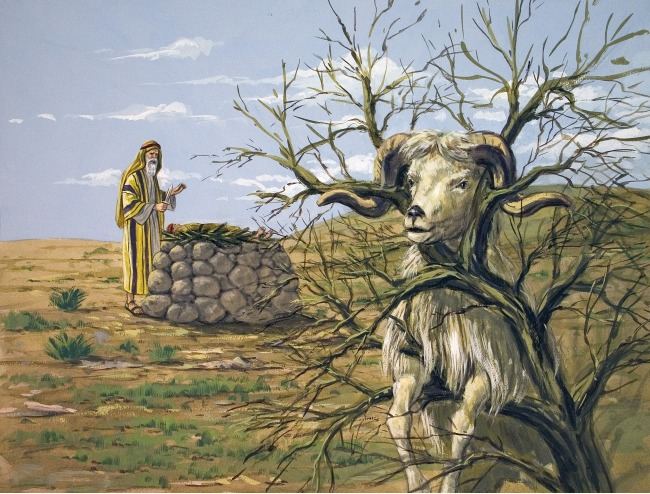 How much louder should we blow the horn and celebrate the sacrifice of God’s only Son, Yeshua (Hebrew for Jesus)? We should shout, blow the horn, and eat lots of apples and honey, don’t you think?

There’s so much more to tell you about this holiday and its significance for Christians. Dig into the Jewish feasts and you’ll find prophetic messages for Christians in them all.

You can find excellent information about the holiday here:

And here’s some fun Rosh Hoshanah music for you to enjoy!! 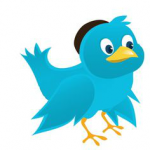