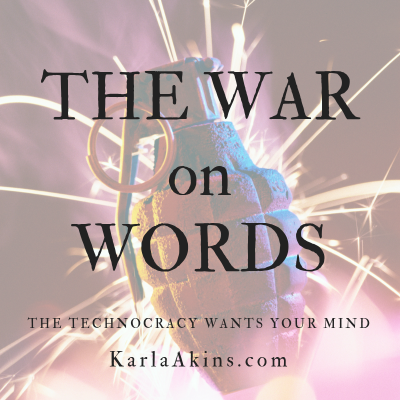 As a United States citizen, I often wondered if freedom of speech would one day be squelched by the government. But in the past few months, it’s not the government hindering writers from penning their hearts. It’s the technocracy — that elite, wealthy, untouchable group of tech moguls — that threaten this sacred freedom. But not everyone’s freedom of speech is being squelched. It’s the conservative Christian voice getting the ax.

Think about it. You don’t say everything you want to online. I know I don’t. I filter myself a lot because I don’t think it’s polite to get into arguments with friends over politics. I don’t want the government mining data about my viewpoints. I’m keenly aware how social media, and this blog, are used by the New World Order (aka NSA) to develop a profile to use against me later. (I often wonder about how many laws we don’t know we break online, such as copyright ones, that they could use against us if they had the notion.)

Besides the fact that we are under constant surveillance (because we, like dumb sheep, walked lock-step into their online surveillance traps) we’re also being shaped into a world-society collective that the technocrats can control. Or, at least believe they can. This state of hive-mindedness hasn’t existed since the Tower of Babel. 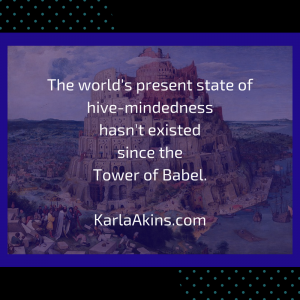 When I think about the influence social media has on our day to day lives, it’s rather terrifying. Thousands upon thousands of people mimic each other as fast as videos and photos can be uploaded. Kids eat Tide Pods, take dangerous selfies, or do other stupid challenges because they watch it over and over again on social media. Now when kids say, “but everyone is doing it,” they’re actually right. People are dependent on Facebook now for everything, from keeping in touch with faraway relatives to scheduling birthday parties. If you’re not on Facebook, you don’t get invited.

If you’re an outspoken conservative, your platform is at risk of being deleted by the technocracy. YouTube, Twitter, and Facebook allow the hate speech of radical leftists while disallowing outspoken conservatives. These sometimes include Christians. While I don’t always agree with the tactics of outspoken politicos like Alex Jones, I do believe they have a right to speak and communicate freely without being censored. Freedom of Speech is a sacred right in our country. And yet, here we find ourselves, being erased from the digital planet, censored in a way that is invisible, but every bit as dangerous as burning Bibles and books in the public square. This makes it even more important for those of us who know God’s Word to share it. How will people recognize God’s voice if they don’t know the words He speaks? 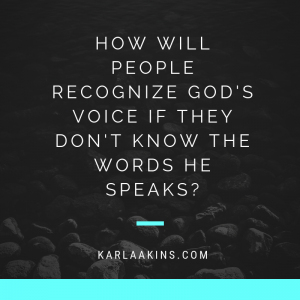 Today online, if conservative voices aren’t deleted outright, they are shadow banned so that their content doesn’t show up in search engines. So, if someone who is suicidal looks for spiritual answers, instead of a Google search showing a top-ranking Christian site, they will hide that search result in favor of something New Age or atheistic. Christian authors’ sites do not rank as high as the secular. The number of visitors no longer matters in the algorithms of search engine optimization. The algorithm optimization is based on the technocracy’s worldview instead of clicks.

Could it be that one of the only ways to communicate God’s Word in the last days is through print or actual word of mouth? I find it ironic that the same printed Word that was smuggled into countries that censored it, may indeed have to be smuggled in print again.

We are at war now when it comes to our words. It isn’t enough to simply write. We must also pray that those words reach the right eyes and ears. God can outwit any algorithm. Search engine optimization is easy for Him. Let us pray our message seeps through the crumbling walls the enemy tries to build to block out the light.

For every brick the deceiver lays, let us write a gleaming tower of hope. 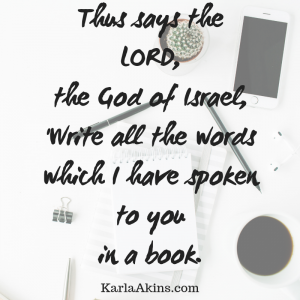