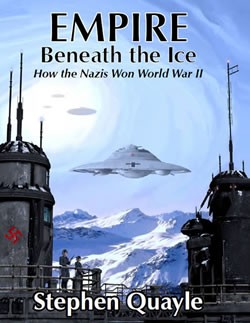 I have a wee confession to make. It may surprise my readers a little. Maybe not. I’m not exactly your typical granny.

I’m addicted to Stephen Quayle’s books. For the past six months or so I’ve been devouring them. And this is the latest of a bunch I’ll be reviewing for you. It’s his most recent and I read all 520 pages in two sittings. Long sittings, but two sittings. Empire Beneath the Ice: How the Nazis Won World War II was that riveting. 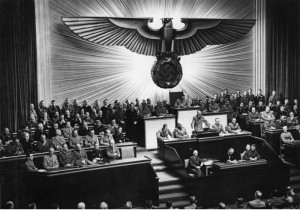 Stephen Quayle writes Christian nonfiction books about the supernatural realm. His books on giants and fallen angels are a much-needed answer to the world’s Ancient Alien theorists. Besides perusing his books for research for my own books, I believe books such as his provide a much needed commentary for Christians living in an X-Files culture. (Which is another reason for the project I’m researching.) As I’ve written before, there are far too many paranormal books on the market for kids, teens and adults today, and not enough Christian ones to explain the dangers of dabbling in the supernatural. 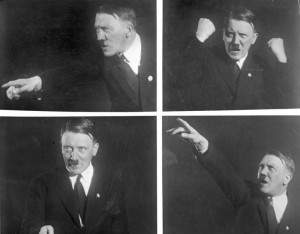 If you’re already familiar with Nazi lore, I don’t know how enthralling this book would be. But for me, a beginner, I learned quite a bit. I had no idea there were so many conspiracies surrounding the Nazis and Hitler. I didn’t even know there was a conspiracy regarding their survival and continued influence on world politics today. 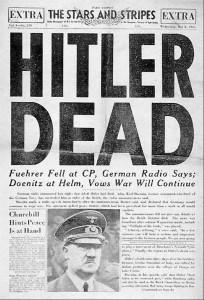 Is Hitler dead? Will his clone be the antichrist? Source: Wikipedia; By US Army – Stars and Stripes, the official US Army magazine., Public Domain

Reading this book, many things began to make more sense. Roswell. UFO sightings. The crazy policies made by politicians. Even the reasons behind Kennedy’s assassination became clearer.

I’m so happy to have stumbled upon Stephen Quayle’s work while doing my own research for a story I’m working on. It’s taken me down a whole new path of discovery. And you know me. As a treasure hunter (virtual and 3-D), I couldn’t be more pleased.

Here is a description from Quayle’s website. In Empire Beneath the Ice you’ll learn:

Do I agree with everything in the book? I’m not sure yet. Do I believe the Nazis have a secret base in Antarctica? Anything is possible these days, isn’t it? There’s certainly enough technology available to make it possible. And because of the Nazi’s involvement in the occult, who knows what supernatural technology they access?

Oh, this is a fascinating subject. But these were my favorite sections of the book: 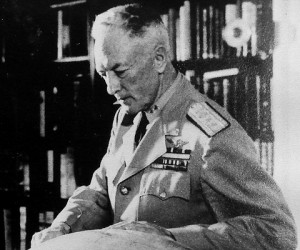 1. Learning about Operation Highjump. Why didn’t I learn about this in school? I’m completely obsessed with knowing more about this operation. What did Byrd actually see? Why is it still such a big secret? And was Byrd murdered? Here’s a bunch of links from Quayle’s website if you’re curious too: High Jump.

2. Learning more about Wagner and the why behind Hitler’s obsession with him and his music.

3. Nazi Religion: the occult practices of the Nazis. Even as a little girl, I couldn’t fathom the evil of the Nazis. But realizing the Nazi’s deep involvement with the occult, and their practice of conjuring up demons and communicating with them, their perfection of evil makes perfect sense. I’m not sure why anyone questions whether or not Hitler and his minions were demon possessed. I think the question shouldn’t be whether or not he was, but whether or not he was not. It’s the only way I can wrap my head around such ugly, abominable wickedness. (If you want to know how ugly Satan and sin are, look at pictures of the Holocaust.) 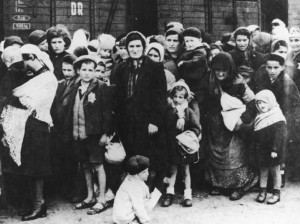 Three things I loved about this book:

2. Copious footnotes (I was able to look up tons of information on the Internet while I read)

Three things I didn’t care for:

2. The book is so big! My little hands can’t hold a book this big. But all Quayle’s books are published this way. I’ve learned to put a big pillow on my lap and rest the book on it if I’m wanting to read on the couch. It works out pretty well.

3. I wish his books were available digitally. I want to take them all with me. 🙂

The book has some interesting photos and illustrations as well. The only complaint I have about some of the photos are the illustrations by artist, Duncan Long, portraying Satan. They were so disturbing to me I had to cover them up with a piece of paper while I read the accompanying texts. (They’re that good.) Duncan Long’s artwork depicting other aspects in the book are beautiful. Anyone who enjoys looking at aircraft art will love Long’s paintings.

I give this book 4.5 stars. The only reason it’s not a whole five stars are for the reasons I mentioned above. 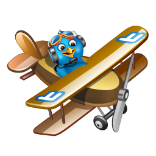